Check out this nice little write up on Dan Levin’s altered card decks.
In May of 2015 Dan had a solo exhibit of these pieces. Click on the link to see the exhibit page (Click here) 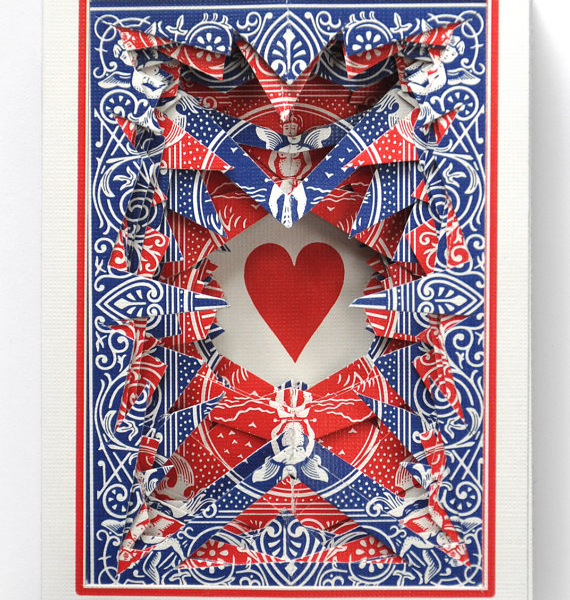 Normally when someone asks you to cut a deck of cards they don’t mean literally. But Dan Levin, a found-object artist living in Santa Barbara, California, has been taking that sentiment to heart—literally.

Levin’s ongoing series Lonely Hearts is made up of 120 altered playing-card decks, and his collection is still growing.

Each deck features 52 strategically hand-cut cards. After slicing and dicing each deck, he glues them together in the stack to transform the decks into 3D images. The name of the series comes from the single heart featured at the base of every deck.

He told the Hartford Courant he suspects his attraction to decks of cards stems from a childhood of attempted magic tricks.

The decks come from all over the world, with some from Vegas, Scotland, San Francisco, and more. He’s collected the decks from various sources, including eBay and second-hand stores.

Levin is not limited to one medium, however. His motto of “one man’s trash is another man’s career” fuels his sculptures, which are featured on his tumblr. 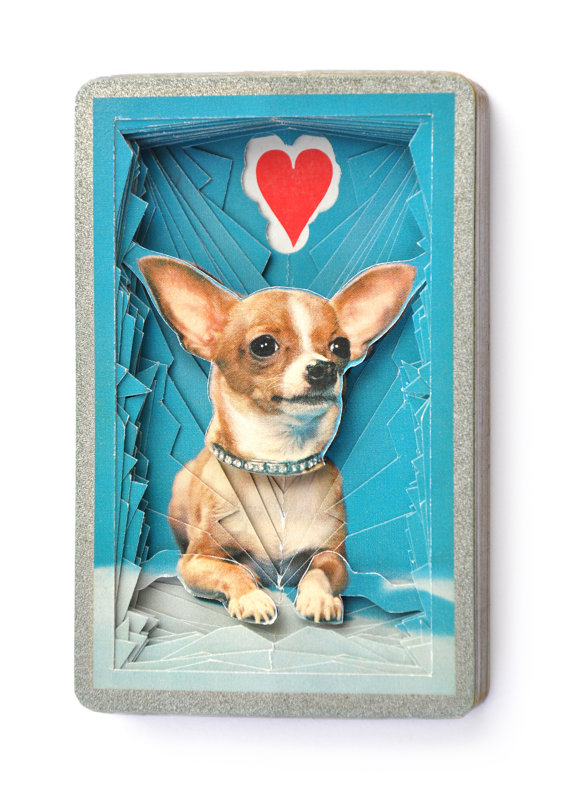 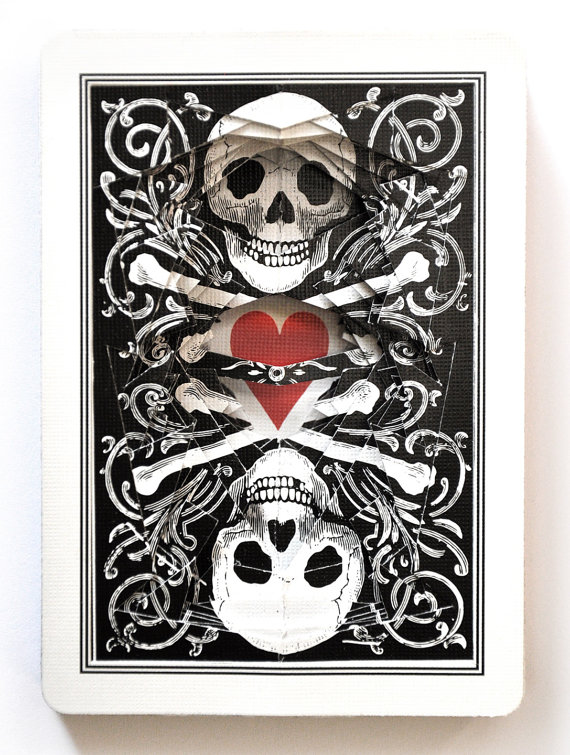 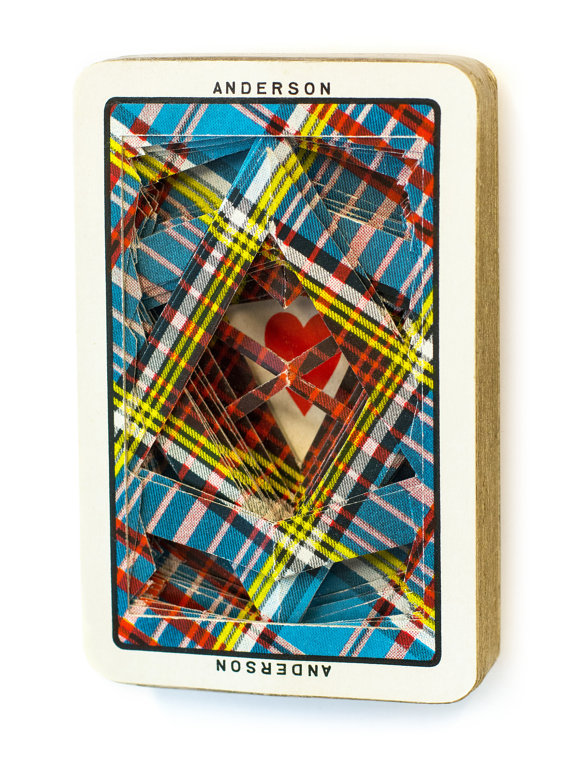 Check out this nice write up by Susan Dunne of the Hartford Courant on California artist Dan Levin. http://www.courant.com/entertainment/museums-galleries END_OF_DOCUMENT_TOKEN_TO_BE_REPLACED